Environmental progress and peacekeeping cannot, and will not, happen without the involvement of women and girls in their communities.

International Women’s Day, March 8th 2017, is a day to highlight women’s accomplishments around the world, and to kickstart EcoPeace’s updates of our work on Women’s empowerment across the region.

In October 2016 EcoPeace staff joined up with Women Wage Peace – a grassroots movement whose members are women from across the political spectrum, Jewish, Arab, religious, and secular, all united in a demand to end the Israeli-Palestinian conflict through peaceful means – on their March of Hope aimed at raising awareness to the importance of female leadership and political engagement. Women Wage Peace honored Amy Lipman-Avizohar EcoPeace’s Israeli Good Water Neighbours Education Co-ordinator, and Yerousalem Getoo, an Israeli alumni of Good Water Neighbours, with an invitation to their event with Nobel Peace Prize recipient Leymah Gbowee.

On the day, Yerousalem had the incredible opportunity to be able to have a conversation with Leymah to discuss the role of women in peacebuilding, which we are publishing in commemoration of International Women’s Day.

The wisdom passed on by Leymah is enough to encourage change and drive in all of us. And the fact of a young woman getting to ask questions of another woman who has done so much good in the world, is inspiration to continue on believing that women can, and will, enact positive change around the world, and to work tirelessly until this is a reality. 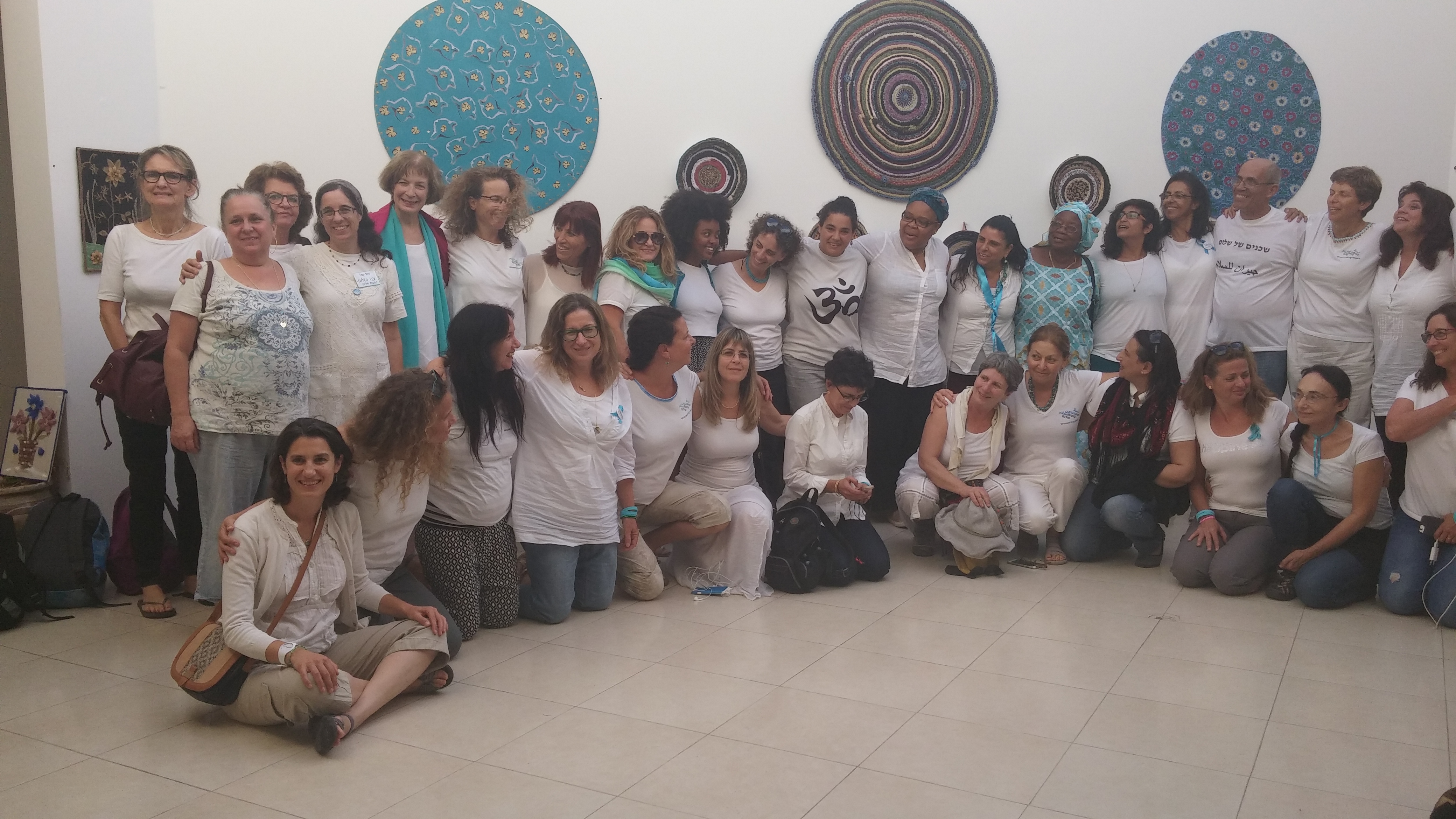 The full transcript of the interview, along with Yerousalem’s commentary on the experience can be read below:

“On the 7th of October 2016 I had the honor to meet an amazing woman and a leader who succeeded that against all chances to bring a change to her country (Liberia) which was in a civil war that time. Gbowee initiated a non-violent movement that its purpose was to stop the war. Gbowee was awarded the 2011 Nobel Peace Prize.

Meeting Leymah, interviewing her, and mostly hearing her answers to my question refilled me with the hope for a better future. Leymah returned my belief in true leaders (not politicians) true, honest people that want to lead a change, want to make good. Leymah is a very strong woman, full of energy and willingness to do so and I learned a lot from her. I hope that maybe, just maybe, on one of the days I will be strong as her, and brave enough to fight in the right way for what I want in my country.” – Yerousalem Getoo 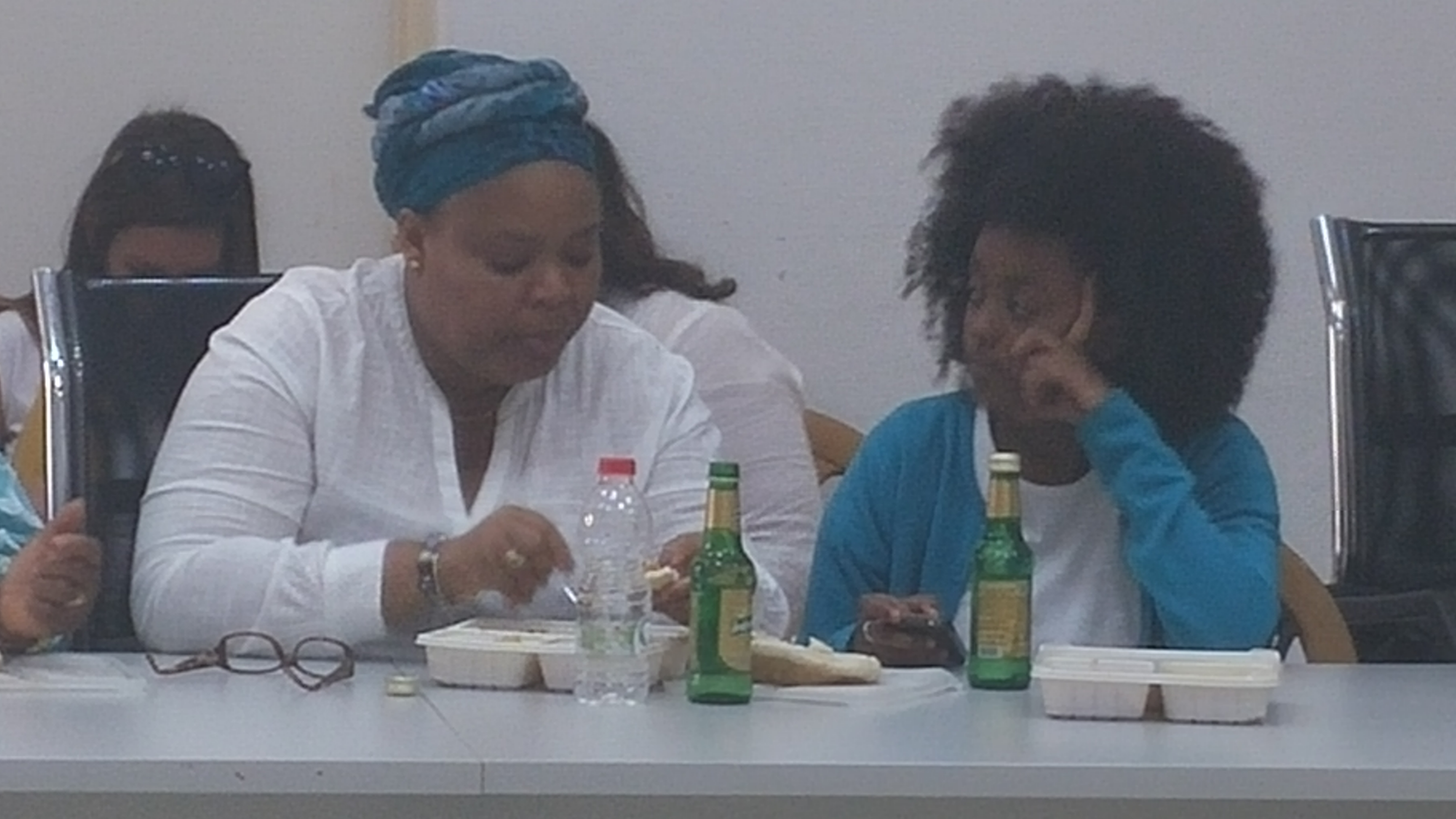 An Interview With Leymah Gbowee:

Leymah: “Yes, I do. Imagine, what will happen if I will punch you in your face right now?  What would you do, how would you react? You would probably like to revenge, wouldn’t you? But you would like to hurt me even harder. So you will take a gun and shoot me back.  And then I will be filled up with revenge, so I will call my friends to help me out. Then of course, you will bring your friends to help you against my friends.

The result would be a group of people that fight against each other, kill each other, just because of our small initial fight. So many people will get hurt because of something that doesn’t even have a direct connection to them. An endless circle of violence. What I am trying to say is that at the end violence as a tool to solve problems actually does not solve anything at all. We need to find another way, one that does not include violence.”

Leymah: “I think it is impossible for any change to happen as long as women will not take a part in it. It cannot be. Why? If I will cover one of your eyes (and as she talks Leymah covered one of my eyes with her hand), will you be able to see all the people in this room? No, you will see only half of the people in the room. If we will need to make a vote now, would it be fair to allow only the half you see to participate? Women are 52% percent of our world. How can there be any change when only one half takes part in it, only one of the sexes? Therefore women must contribute their part in order for a change to happen.

Additionally, I think that we as women, whom have the ability to give birth to life into the world, can appreciate life better.”

–          “From the conflict in your region; was there any specific event during the civil war in Liberia that made you realize you would like to change your current reality? And in order to achieve peace you would be prepared to risk your life for it? If so, what was the event?”

Leymah: “I wouldn’t say there was any specific event that made me realize I wanted a change, because the war took years, it became my reality and so my willing to change was developed throughout the years. And it wasn’t as if I woke up one day and understood I wanted to change my reality. It took time and grew within me, but the reason for it was my children. I had something to protect on, and then this willing to change got stronger and I was motivated to do something. I told myself this isn’t the world I want my children to be grown up to.

–          “From where did you get your strength and motivation to start your non-violent movement and more importantly to continue?”

Leymah: “My partners. I have a friend who lost everything in the war; her house, her child. But instead of being full of hatred, revenge and hopelessness she decided to join to non-violent movement and didn’t give up on the option for peace. Her pain and lost could have taken her to a whole different place but she decided to continue believing and fighting for peace no matter what. Every time I looked at her, and thought about her story I knew I couldn’t give up as well. Who am I to give up when she finds the strength to continue? Also, in some point women from both sides of the war joined to the non-violent movement. Women who were basically enemies of each other decided to gather together as one and stop the war because of their common fear as mothers to their children. Their motherhood connected them. And at the end the only way to bring a change is by collaborating.”

Can you imagine yourself sitting together with Palestinian girls in one room and doing the same thing? How wonderful would it be?

Leymah: “A future in which people will not be discriminated regarding their sex, skin color, race, gender… But especially a better future for our children, a one in which I would like my children to live in.”