Reflection on my experiences at Auja EcoCenter

My journey with EcoPeace Middle East began with a chance encounter with a friend who alerted me of Gidon Bromberg’s upcoming presentation at the Australian Department of Foreign Affairs. After years of watching countless stories of political conflict in the Middle East, I was amazed by the severity of the region’s environmental crises, the inspiring work of EcoPeace Middle East, and the enthusiasm with which Mr Bromberg spoke. As Mr Bromberg was whisked away by Departmental officials, I managed to briefly convey my admiration for his work. “Why don’t you apply for an internship?” he replied, “We’d take you tomorrow.” As the various arrangements fell into place, I soon found myself on the tarmac at Sydney Airport aboard a Turkish Airlines flight bound for Tel Aviv.

Although some family and friends believed they had seen me for the last time, I arrived in Israel at the beginning of Shabbat amid an atmosphere of tranquillity. The drive to the city of Jericho was equally majestic as the car descended below sea level surrounding by sweeping barren sands and jagged mountains. My experiences on these first few days would be repeated throughout my time in the Jordan Valley, continually eradicating any pre-existing expectations I may have had. I gradually began to understand a complex and contradictory atmosphere of cooperation and tension between communities. On the one hand, the structural constraints of the Israeli occupation in the West Bank were unmistakable. On the other, cross border cooperation and coexistence inspired hope of change.

Auja EcoCenter was a remarkable facility to learn about the region’s challenges. After all, it was in the Jordan Valley, rural, Area ‘A’, adjacent to a major Israeli highway, in proximity to Israeli outposts and visible from Jordan. Under Mahmoud’s supervision, I understood the complex political and ecological reality. Mahmoud’s gifted ability to convey the everyday reality to visiting groups provided a once-in-a-lifetime opportunity to develop a robust understanding of concepts learnt in the classroom back in Australia. Some of the most valuable conversations would occur late at night over coffee on the front porch of the Center, as the moon ascended over Al-Salt’s glimmering lights in Jordan. 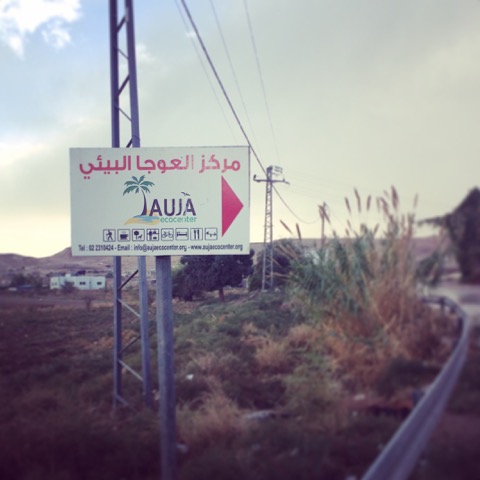 The Auja Spring was a valuable water resource that allowed me to understand local water management issues. Auja’s residents conveyed stories of how the Spring had been depended on for generations, and had gradually dwindled through overconsumption.

Excursions to Bethlehem, Nablus, Jericho, Jerusalem and Amman provided a 360-degree perspective that enabled me to comprehend the severe water shortages faced by millions and collective sense of injustice. 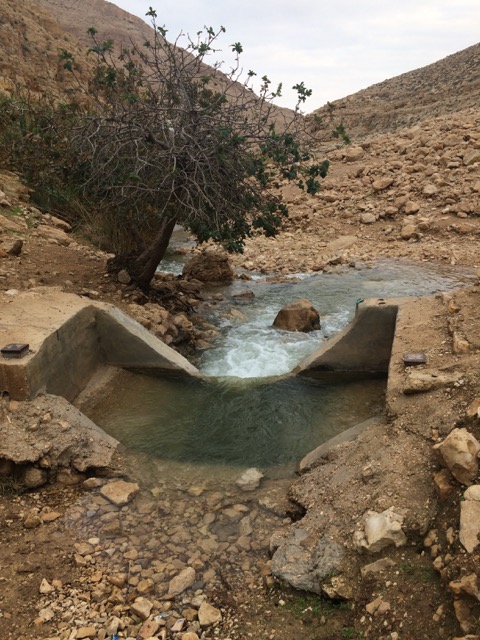 Time after time, people welcomed me with open arms. A 20-minute meeting with Jericho municipality turned into a 3-hour tour of the city’s water infrastructure. These instances were not isolated and I constantly encountered the kindness of locals.

As the sun sets on my time in Auja, it is worthwhile to reflect and give thanks to Mahmoud, Mohanad, Ahmed and Nufus for their wisdom and hospitality. I wish Auja EcoCenter every success in the future in sowing the seeds of change in the minds of the region’s youth, and shining a light on local issues to its foreign visitors. Most of all, I wish for lasting peace, justice and prosperity in a land that means so much to all.