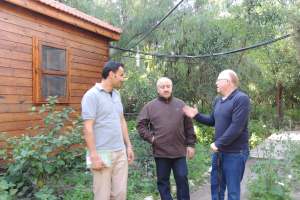 With these constant challenges, the Kingdom took measures to produce solutions to alleviate its water shortage. These solutions varied from policy change, to reducing water supply network losses and much more.

Jordan was not alone in facing these challenges. The Kingdom partnered with the United States to meet its water rising demands and to mitigate the current challenges through USAID. For example, the US government has helped in the construction of Za’atri-Hofa pipeline and new pumping station, and of Mafraq waste water treatment plant. These projects are expected to significantly increase water supply and waste water treatment services in northern Jordan.

The US government has also allocated funds for water conservation and infrastructure renovations, including small loans 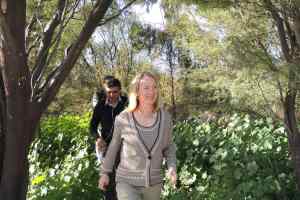 and grants for water catchment and storage and support to local water companies for infrastructure repair and maintenance as stated on USAID’s webpage.

To further support the Kingdom in meeting its rising challenges, a US delegation headed by her Excellency Ms. Alice Wells; US ambassadress to Jordan along with his Excellency Mr. Hazem Alnasser, Minister of Water and Irrigation and Secretary General of the Jordan Valley Authority his Excellency Mr. Saed Abu Hamour visited the Jordan Valley to get acquainted with its Water Resources, to find ways to funnel funding, and to develop cooperation opportunities.

The visit that took place on the 28th of February included multiple stops in the valley such as the Unity Dam, Aladassiya Weir, the Bakoura Area, and the Dead Sea. The visitors toured the Sharhabil Bin Hassneh Ecopark managed by EcoPeace Middle East where they received extensive explanation about its facilities and its importance as an environmental

educational center. They also received explanations about the Water situation in the Valley, the Regional Masterplan developed by EcoPeace to rehabilitate the Lower Jordan River and the interventions set.